A friend of mine, Allan (a.k.a. WinAce), just died of complications from cystic fibrosis. He was perhaps best known for his very funny web page, Fundies Say the Darndest Things. Where others might have preferred to take things out of context to make them look bad, Allan went out of his way to provide links so people could evaluate the context. He removed quotes when people were offended or hurt. In this, as in most things he did, he showed compassion and grace along with his inimitable sense of humor.

He maintained another humor site, a list of designed organisms for use in debates over intelligent design. He was endlessly amused by the naive and arrogant atheists, with no sense of humor, who would attempt to convince him of the error in his beliefs. (He once told me about an email exchange in which he used the demonic horses in the Lord of the Rings movies as evidence that it was a good thing for us that God killed all the not-quite-horses of which we find fossils. His correspondent apparently did not see anything implausible in this argument.)

Allan lived his entire life with cystic fibrosis, a genetic disorder that is mostly marked by lung failure. He was the youngest (and last to die) of four children, all of whom had cystic fibrosis. His parents did not understand statistics very well. He is survived by his wife Jessica, who posts on some BBS systems as OneForSorrow. They met in the #infidelchat IRC channel some years ago.

He was attempting to save up money for a lung transplant, which might have given him a number of years of life. Medicaid denied coverage on the grounds that it was possible he would not survive the operation. His sense of humor is evident in one of the ads he approved for it:

Here’s a picture of him and Jessica: 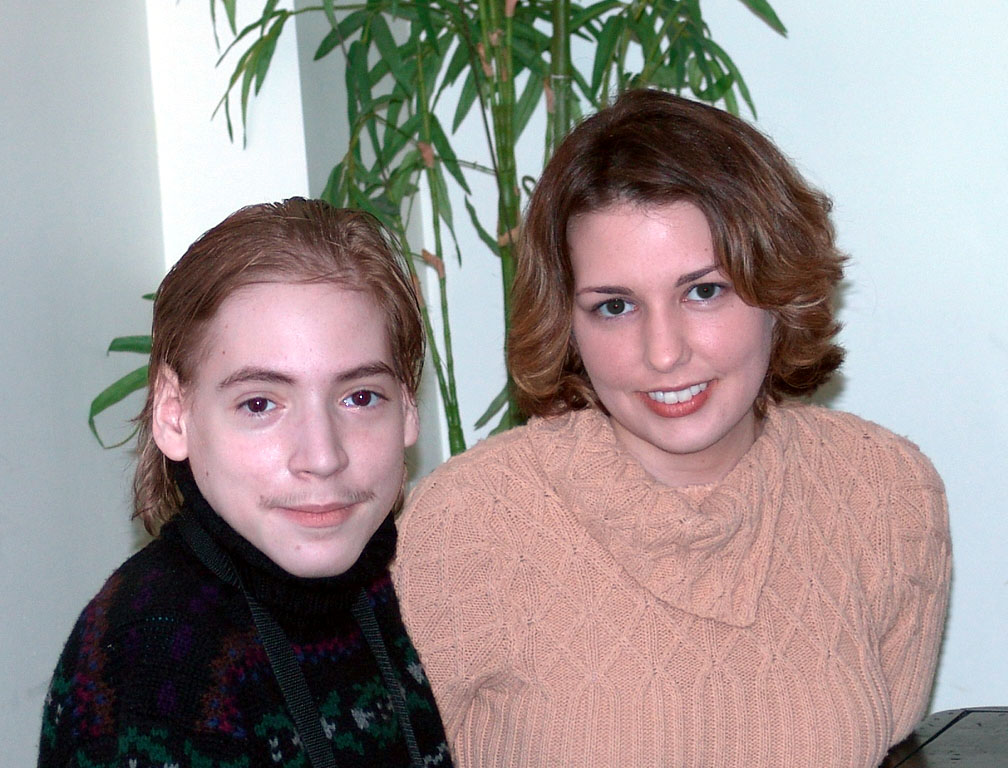 He was a good person, and a good friend. He will be missed.

I was across the table from him on the day this pic was taken.

He was my friend.

I’m beside myself. Allan shouldnt’ have died. But he brought a smile to faces on the other side of the world. He was a beautiful person, and I will miss him. I feel like a fool for only donating to help him an hour ago. But no power on Earth will bring him back. I will remember him, though, until the day I die, too. Death is inevitable, and I want to celebrate it, rather than fear it.

I was the one who took that picture. I will miss him. I regret that I didn’t get to know him better. He introduced to me to a favorite online game of mine. I am considering adding a memorial of some kind to him in my character profiles.

I didn’t know Winace, and never really interacted with him on the IIDB or FF, but I did greatly enjoy his posts. I’m sorry that he’s gone.

I’ve kinda been at a loss for words…those are the best I could drudge up. Sorry.

MonCappy, what is the good online game he showed you?

Goliath, would you mind if I forwarded your comment to one of the threads on the umpteen BBS’s where Allan’s been a topic of conversation recently? I think Jessica would appreciate hearing them. I know I did.

Really? You want to forward my comments? Sure. That took me a bit by surprise, as IIRC, Jessica hasn’t really interacted with me in any capacity.

However, I guess it might have epsilon chance of making her feel 1 + epsilon/N times better, so by all means, forward it.

I’ve been doing a bit of soul-searching these past two days (especially now that my wife is out of town for the weekend)… And I think I’m finally beginning to realize that life is too fucking short for the immature, bullshit, petty squabbling that I’ve mired myself in for far too long. And not only that, but life is too fucking short to waste on hatred…even hatred of Christianity.

Anyways, enough rambling. Yes, please forward my original post in this thread (and this one, if you’d like).

He introduced me to UrbanDead.

Allan was a friend. Recent things kept me from having too much contact with him, but I remember his joy when Jess came into his life. She gave him hope and something to fight for. I was so hoping that allan hopes would come to fruit, if anyone deserved to obtain his goal, it was he.

The last time I spoke to him was when he called me to wish me a happy birthday. His call was unexpected and touched me deeply.

I’m so sorry to Jess and allans family and I offer my deepest sympathies for your loss of a truly brilliant and remarkable man.

Allan was a friend. Recent things kept me from having too much contact with him, but I remember his joy when Jess came into his life. She gave him hope and something to fight for. I was so hoping that Allan’s hopes would come to fruit, if anyone deserved to obtain his goal, it was he.

The last time I spoke to him was when he called me to wish me a happy birthday. His call was unexpected and touched me deeply.

I’m so sorry to Jess and Allan’s family and I offer my deepest sympathies for your loss of a truly brilliant and remarkable man.

I didn’t know him, and I only found out about his situation a few weeks ago, but I’m pretty bummed out to hear he’s gone.

I wish there was more I could have done than animate a banner. Damn, that’s sad stuff.